Shanga means beads in kiswahili and one of ANA’s group activities is about bead work.

Traditionally the Turkana women decorate themselves with lots of bead necklaces around their necks. The more the better. The beads give the woman a status which will provide her family with many goats, cows and camels when the time comes for getting married. The beads are oftentimes being traded from Somali salesmen against livestock, mostly goats. But some of the beads are being made by themselves such as the “Ngakirim”, flat rings with a hole in the middle knocked out from ostrich shells. A time consuming and hard work.  These rings are being used in several of the ANA Shanga models as well as old Chechen beads from a bead factory that was closed in 1916.The big round balls in different colours come from Chechen and are commonly called Turkana beads. 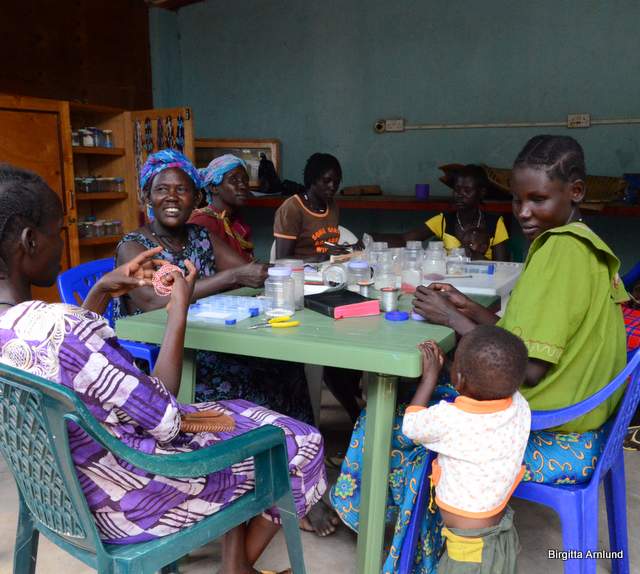 In the Shanga group there are between 6-10 women. They work 4 hours per day 5 days a week. They are mostly women with small children since here they can be breastfed, lay down and sleep and crawl around on the floor. That is not possible at the bakery or at the restaurant.