Martha Nakuyen was admitted in ANA in 2010. She started to make crisps to sell but the market was very low. When we opened a restaurant in 2011 she worked there and later on she worked for a long time in our Shop & Café. Sadly enough we had to close it because of low market and Martha went to the Shanga= bead making group.

She has three children and one, called Ruth, is disabled. Her husband left her and he died of sickness in 2017. She struggles a lot to make end meet. Through sponsors from Sweden her oldest son David is able to go to Secondary School. Martha is hoping that he later will get a job to help her in her struggle.

At one point her house fall down in a heavy storm. It was a disaster! But she got help from Sweden to make a much better house. She is very happy about it. 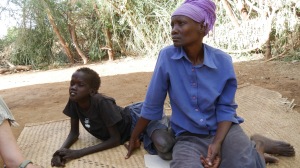 Martha with her daughter Ruth

Martha with her son David and niece, who got her leg amputated because of a snake bite. 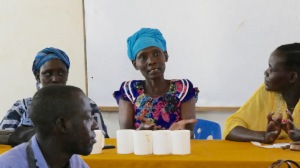